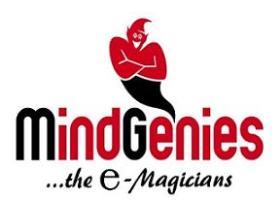 April 9, 2011 (Powerhomebiz.com) Various emails such as rediff, yahoo, gmail, etc. are an example of web application which are rich with features. These are not only sophisticated but also cater to the varied range of requirement of web users. Besides, mailing purposes, some other purposes being fulfilled by web application include messaging, working on specific programs such as word processor, spreadsheets, etc. Thus, web application has become a kind of application which is being used as web browser by users.

In order to understand how a web application works, it is essential to know what is client and what is server. Whereas a client is the application which is used to introduce the information, a server is used to store the information in consolidated form. Nevertheless, a client is used in client-server environment as a program to run the application. Some leading technologies being used in web application development includes Ajax, ASP, ASP.NET, CSS, ColdFusion, Iron Speed Designer, Java EE, etc. Some other coding technologies such as JavaScript, Perl, PHP, REAL Studio, Ruby, including Ruby on Rails, CGI, ISAPI/NSAPI, Django, Wt – Web toolkit, a Qt-ish C++ Web Toolkit Library Lets You Write Scripting-Independent Web Apps, WebObjects, OutSystems, etc. are the leading one these days being used in web application development. Historically, the web application development has been a service for nearly two decades or more as it came with the websites.