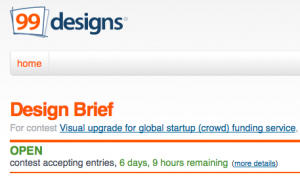 February 15, 2011 (Powerhomebiz.net) ‘Virtual Silicon Valley’ platform creator Grow VC marks its one year anniversary of launching the platform. Over the past year the online venture community and crowd-funding network has grown to over 7000 members, from over 100 different countries and includes entrepreneurs, startup experts and investors. Being the first global crowd-funding platform with a focus on efficiency and transparency in angel funding and the early-phase startups segment, Grow VC has had a very active start from the day it launched its platform and declared it open to people one year ago.

The first year has been full of activities and growth. Grow VC has been recognized as the global leader in crowd-funding. Grow VC offers an international service for international investments and also launched the first local services in India and China. Further local services for other key markets are coming in this year.

“We know that the whole funding market doesn’t change overnight, but the development has been faster than we expected. 2010 was in a way a premature period for crowd-funding, but many indicators like Google trends and number of local services say 2011 will see more action in this space” says Valto Loikkanen, Founder & CEO at Grow VC. “There have been positive steps in moving forward with some important milestones in this past year, but we’re looking ahead with even higher expectations at an even better second year” he adds. During the year, New York based online audience targeting startup Enreach Group Inc. made headway using Grow VC crowd-funding tools to raise over $80 000 in three months, Chairman Brian Jacobs reported. The company has now opened a new funding round in Grow VC and looks for a combination of crowd-funding and angel investors. The British and Spanish entrepreneurs from Qustodian used Grow VC and successfully raised funding from business angels and VC’s, and have grown to over 70,000 members for their mobile marketing offering. Qustodian’s CEO John Roberts comment “we see crowd-funding is an important option for our future funding too, and we see that crowd-funding is not only for collecting money, but also to get our users more involved in our business”. AgileSource also paved way in the Chinese market: “It happened so fast that we got 18 private investors in only two weeks, after we published our business plan.” said William Sun, CEO of AgileSource.

The work investment model for startups has shown strong potential with a success story emerging within Grow VC itself. The company closed its first work investment round adding several new members to its team soon after the launch of software platform. Continuing to use the model, Grow VC has grown the team to over 30 members across technology, marketing, communications and other areas and is continuing to grow a driven and dedicated team. “The Work Investment model is like an open source community, but people actually earn the company’s shares and are even more motivated to do things they like, this is the next phase of open source and crowd-capitalism” states Jouko Ahvenainen, Founder and Chairman of Grow VC.

Some months after the Grow VC International platform was opened, the first local network platform was launched in July in India. Grow VC India launched with local partners Springboard Ventures and supported by some of India’s top early-phase angel networks marked an important event as the first local funding network within the larger Grow VC platform. Early October saw Grow VC launch the second local funding network in China, along with local partners C2IVC in Beijing to encourage a budding generation of Chinese entrepreneurs with the right support and tools. Both the local networks have made considerable progress since their respective launches in 2010.

The Grow VC India network has attracted over 1100 registered members including 130 startups at different stages of the establishment and growth process. Leading early stage investors IndiaCo Ventures announced a 5 million dollar co-investment fund with the Grow VC India right from the launch and the platform is emerging as a place several of India’s startup-enablers such as incubators, experts and training institutes are converging to interact and connect with startups.

From the China mobile developer conference to the China Mega-Forum, crowd-funding, a new way of fund-raising for startups has been shown in China in the past three months. Grow VC and C2I Ventures, a joined global team including in-house operation partners, specialist and advisers will bring the new voice to the local market. With the upcoming Bootcamp Beijing event in April, 2011, they will select the top 20 startup team. In a full two weeks, global investors, serial entrepreneurs and startup team will work together to make something happen, bridging innovators from China and the entire world.

Today Grow VC also launches of a new investment model, wherein a startup has the opportunity to engage Grow VC for 1% equity, without any membership fee. In return the startup gets access to Grow VC’s global network of investors, suppliers and contacts, immediate access to micro-funding and additionally much needed legal framework for the investment process is provided. For the pilot phase Grow VC has selected a California based new media network broadcasting company, The House 001. The House 001 founder, Michele Darné, comments “I am honored at the opportunity to have been chosen to participate in the development of the Grow VC pilot program for startups. Grow VC comes to the table with much needed support, mentoring and amazing contacts. I’m ecstatic at the opportunity to help further the international mission and vision for The House 001 expansion with Grow VC.”

Valto Loikkanen comments “The first year has been about gathering the momentum that we need to come together and change the future infrastructure that supports next generations of startups. This year will build on what we’ve achieved so far and take the community to the next level”. Jouko Ahvenainen adds “We now start to see that new startup funding models are emerging. Crowd-funding is not only about raising funds, but also a new way to do business in the networked society and engaging people. And we see our role as not only micro-funding, but to create a market where all players, startups, the crowd, business angels and investment companies can work together as an effective market.”

Grow Venture Community – “The Virtual Silicon Valley”, is bringing the first truly global, transparent, community-based approach to seed funding. Grow VC can help startup to secure initial funding for their businesses up to 1m USD. Grow VC will not only connect startup entrepreneurs with investors to help them discover their common interests, but also provide tools for the process and new transparent ways of doing things. Grow VC international headquarters is located in Hong Kong, with offices in the UK and Finland. http://www.growvc.com/main/