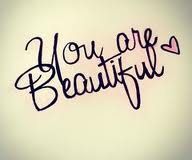 October 10, 2012 (Powerhomebiz.com) Not very long ago, when a young student stood at the crossroads of her life and had to choose a career for herself, she did not have too many choices and since the concept of career counseling was unheard of then, she was usually guided by the practical considerations of the older members of her family. The student was usually led in the directions of those careers which were perceived to be more socially respectable and offered financial security such medicine, law, the armed forces, public administration and so on; no thought was given to her aptitude, interests and attitude. A direct result of this is that we now have a lot of people who are in advanced stages of their careers, looking back and regretting the wrong choices that they made in life.

With the proliferation of information technology, the world has become a much smaller place.New technologies, new methods of doing business, new locations, new regulations, and marked changes in the lifestyles of people has given rise to so many new and exciting options for young people who are looking to choose a career for themselves. Where handwriting analysis scores over other forms career counseling is that it does not call for any kind of verbal or mental application on the part of the person being analyzed. This does not make the young person self-conscious or on a defensive mode. Handwriting analysis is a rather friendly and non-obtrusive method which works on the natural writing style of a person. In this way, it is able to penetrate deep into the psyche of the person and then help him or her a choose a career which he or she will enjoy and succeed in.

Mansee Vashist is a practicing Graphologist, who has been providing assistance to boys and girls as they choose a career for over two decades, says that there has been a growing interest in the area of handwriting analysis for career counseling. This, she says, is because handwriting analysis throws up a very clear and accurate picture of the true nature, abilities and weaknesses of a youngster which is then brought together to provide a career direction for her.